There are literally thousands of ECM (Enterprise Content Management) systems deployed on premises, in repository silos, around the world. Often they contain hundreds of millions – and, in more cases than you might imagine, several billion – documents each.

Most of these ECM systems were sold in the late 90s and 2000s, and in our research we have found very few of these ‘legacy’ ECM customers having any interest whatsoever in ever buying another. Nor, interestingly enough, despite the hype, do they have much interest in moving those billions of files to the cloud. What they have is a perceived legacy sunk cost – it’s not pretty, but it works hence doing anything with it, by migrating to the cloud or to a new system, is a very low priority.

That’s the current status of ECM 1.0: a legacy of the past that will be with us for some time to come. But organisations today are producing even larger volumes of files than in the past, and these need to be managed and under conditions that often have to meet tough regulatory requirements. For these newer business cases, buyers are looking for new approaches and ideas. Some of the new approaches (though certainly not all) leverage the cloud and all of them leverage Machine Learning (ML) and Artificial Intelligence (AI) – some of them even dally with the use of blockchain. We call these new methods (just for clarity’s sake) ‘ECM 2.0’.

ECM 2.0 systems of the future will not be focused on a single repository. Rather, they will accept the fact that files are going to be stored all over the place, embracing the chaos in most organisations. They will also leverage ML and AI to:

· analyse and extract value from stored files
· help automate the filing and processing of new documents
· provide analytics on the processes and activities that surround the creation and use of documents.

For the adventurous, ECM 2.0 systems will make use of blockchain technology to provide an immutable (= can never be altered) audit trail of important activities related to documents, for example, the signing of a contract or the resolution of an insurance claim.

A fair number of the newer systems will run in Amazon and Microsoft clouds. But the biggest change by far is not so much the use of newer technologies, it is the fact that many of these ECM 2.0 systems will not be bought from traditional ECM vendors. Instead, the customer will build the 2.0 system by themselves, or with help from system integrators, building on the foundations of core services that (for example) Box or Amazon AWS provide and customising them to meet their own specific needs. In fact, we have already spoken to multiple firms that are doing that today.

So will ECM 2.0 be better than 1.0? The answer to that is akin to the old British joke regarding the Curate’s (rotten) Egg.

Bishop: “I’m afraid you’ve got a bad egg, Mr Jones”; Curate: “Oh, no, my Lord, I assure you that parts of it are excellent!”

ECM 2.0 will be good in parts – the use of ML, increased automation of processes, leveraging cloud platform building blocks and even blockchain are all good things. But – and it is a big but – going it alone down the ‘DIY ECM’ path is going to involve a lot of failure and disappointment.

For the cloud isn’t always cheaper or better and ML and AI can be capricious beasts to tame. While there is understandable frustration and cynicism regarding ECM 1.0, the fact of the matter is that it took decades to understand the best practices and methodologies for effectively managing large volumes of files – and there is a real danger in trying to reinvent the wheel.

ECM 1.0 systems designed to manage core processes like accounts payable and receivable are still plentiful, tested, affordable and quick to get up and running, so building your own makes little sense. Moreover, massive repositories full of redundant files didn’t get there because of the ECM system that was chosen – they grew out of control because there were no controls, no governance in place.

Good information management starts at home. It emerges from the thorough analysis of the business problem and the organisations specific processes, culture and environment. Get that right and almost any ECM system will work well. Get it wrong and newer technologies, rather than help, can in fact make the situation even worse, even more quickly.

I’m excited about ECM 2.0, for over time we will see newer, better methods and technologies to manage information emerge. But I doubt the problems of the past will magically disappear. The best we can hope right now, is that they will be at least – good in parts. 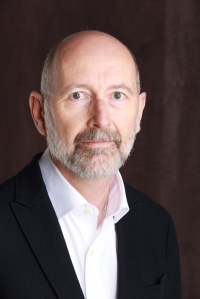 Alan Pelz-Sharpe has over 25 years of experience in the IT industry, working with a wide variety of end-user organisations like FedEx, The Mayo Clinic & Allstate and vendors from Oracle and IBM to startups around the world. Alan was formerly a Partner at The Real Story Group, Consulting Director at Indian Services firm Wipro, Research Director at 451 and VP for North America at industry analyst firm Ovum. He is regularly quoted in the press including the Wall Street Journal and The Guardian and has appeared on the BBC, CNBC, ABC as an expert guest.